As a beekeeper, an important question we need to ask is when should I treat my bees for mites? We will go into this in some depth – there is no direct answer actually, but more a case by case situation.  Best practice is just that – the best we know at the time. These methods evolve as the things we are trying to control evolve.

Why Do We Kill Mites In Hives?

Mites are to bees what HIV is to humans. HIV destroys a human being’s immune system, and the result is that in full-blown AIDS, the person dies of infections that can rampage due to a lack of immune system. In a honeybee, the first line of defense in the immune system is the barrier between the outside of the bee and its internal organs – mites make holes in this. Pathogens enter through the holes and kill the bee.

In bee races susceptible to one or both types of mite, the presence of mites will cause an increased incidence of disease in the bees with the result that the bees become weak, and eventually succumb to illnesses. Killing the mites reduces the spread of disease and allows your bees to be healthy.

When Do We Kill Mites In Hives?

Tracheal mites live in adult honeybees – hence you have to kill them whenever they become a problem or perform preventative treatments to keep their numbers down.

We can often see when we have these mites as you start to see k-wing bees. In this article, we had a good look at some of the worst symptoms of tracheal mites and how to treat them with either Crisco patties or menthol.

There are more and more strains of bees that you can buy and mix into your apiary genetics which are resistant to tracheal mites. This breeding program started with the amazing work of brother Adam and the Buckfast bee.

These mites are just bad. They can really cause a lot of destruction in a beehive. Hence their rather apt species name – Varroa destructor. The timeous treatment of these horrible little parasites is important to keep your bees alive if you are in an area where the bees are susceptible to this pest.

When Should I Treat My Bees For Varroa Mites?

Varroa mites multiply when they are attacking the brood. It is rather difficult to get medicines and poisons into the brood. As a result, the best time to treat varroa is a time when there is no brood. Not all races of bees will have such a stage, and not all regions in the US will have times when a hive is completely brood-free. We can use cultural methods to create a brood-free period. Hence there will be times when we have to make a judgment call and medicate at a point when brood levels are low.

If however, you have a mite outbreak, the best time to treat the mites is As Soon As Possible. These horrible little hemolymph sucking monsters can wreck a hive in a few weeks.

It is difficult to give advice broadly on when to treat varroa mites as this varies from region to region. My general advice would be to contact your local extension office and beekeepers association/club/society and ask for their advice.  Each part of the world has different conditions that affect the bees and how they behave, and hence the timing of varroa treatments.

As an example – if you are keeping bees in Michigan, in the US, towards the end of fall is a good time to treat for mites to knock down the remaining few mites at the end of the brood-rearing cycle as the bees shut down for winter. If you are however in the tropics, the best time to treat may be towards the dry season in the middle of summer when bees have the least brood in a specific biome.  Local knowledge and local best practice are the best to follow.

Varroa mites are best controlled when the varroa population reaches a threshold that is determined in your area to be a problem. Typically a count of 2 adult mites per 100 bees is seen as being a good indicator that treatment is needed. This count is actually quite low, but remember that mites primarily reside in the brood, hence finding a few on adult bees means there are a lot more in the brood.

There are a number of methods to count varroa mites. I am not a big fan of using methods that half work, or sort of work. The gold standard is the alcohol wash. This method makes me feel terrible each time as you end up killing quite a few bees in alcohol – the benefits outweigh the loss.

IMPORTANT NOTICE: Alcohol is highly flammable – keep your smoker away from the alcohol, and have a fire extinguisher handy. I am literally that person (idiot depending on who you speak to) who managed to set a beehive alight with alcohol while trying to do this varroa count. I know – it sounds stupid, but, it happens.

Varroa mites multiply at a specific rate in the brood – using common sense we can therefore devise a few very simple methods to control the mite.

Smaller brood cells – smaller bees hatch faster, and hence the varroa mite can complete fewer reproductive cycles before the bee hatches. If you use brood foundation sheets in the smaller 4.8-4.9mm diameter range, this has an impact on mite levels. This is one of the reasons African bees are more resistant to varroa – they have smaller brood cells and emerge sooner.

Removing drone brood – I love this method. Varroa mite loves drone brood – because drones have a very long brood stage, drone brood is very attractive to the mites. Mites also multiply explosively in drone brood. If you insert drone combs in the brood nest, the bees will fill them rapidly with drone brood. I then remove these combs and feed them to my chickens. I see that other people destroy the brood which is a huge pity!! (A wise elder in an African village I once visited mentioned that eating drone brood has certain benefits. You know. For guys. Wink-wink. It actually tastes good when fried in butter and garlic.)

Genetics – many strains of bees bred from Russian and various other varroa-resistant populations of bees are now available. If you buy bee queens that have varroa resistance traits. This will help reduce the amount of irritation in your life going around treating bees for mites. Some newer strains have a trait where they bite the legs off the mites. This is just delightful.

There are many methods that employ acaricides (chemicals that kill mites) to kill varroa.

The tried and tested first to market (as far as I am aware) is Apistan – which you can get here. This contains an acaricide similar to the ones used to dip cattle and pets for ticks and fleas. Tau-fluvalinate is more toxic to mites than bees. It is a fat-soluble compound and accumulates in wax over time.

Apivar is an alternative to Apistan – it contains the chemically related Amitraz, which is also effective in treating varroa as a periodic treatment. 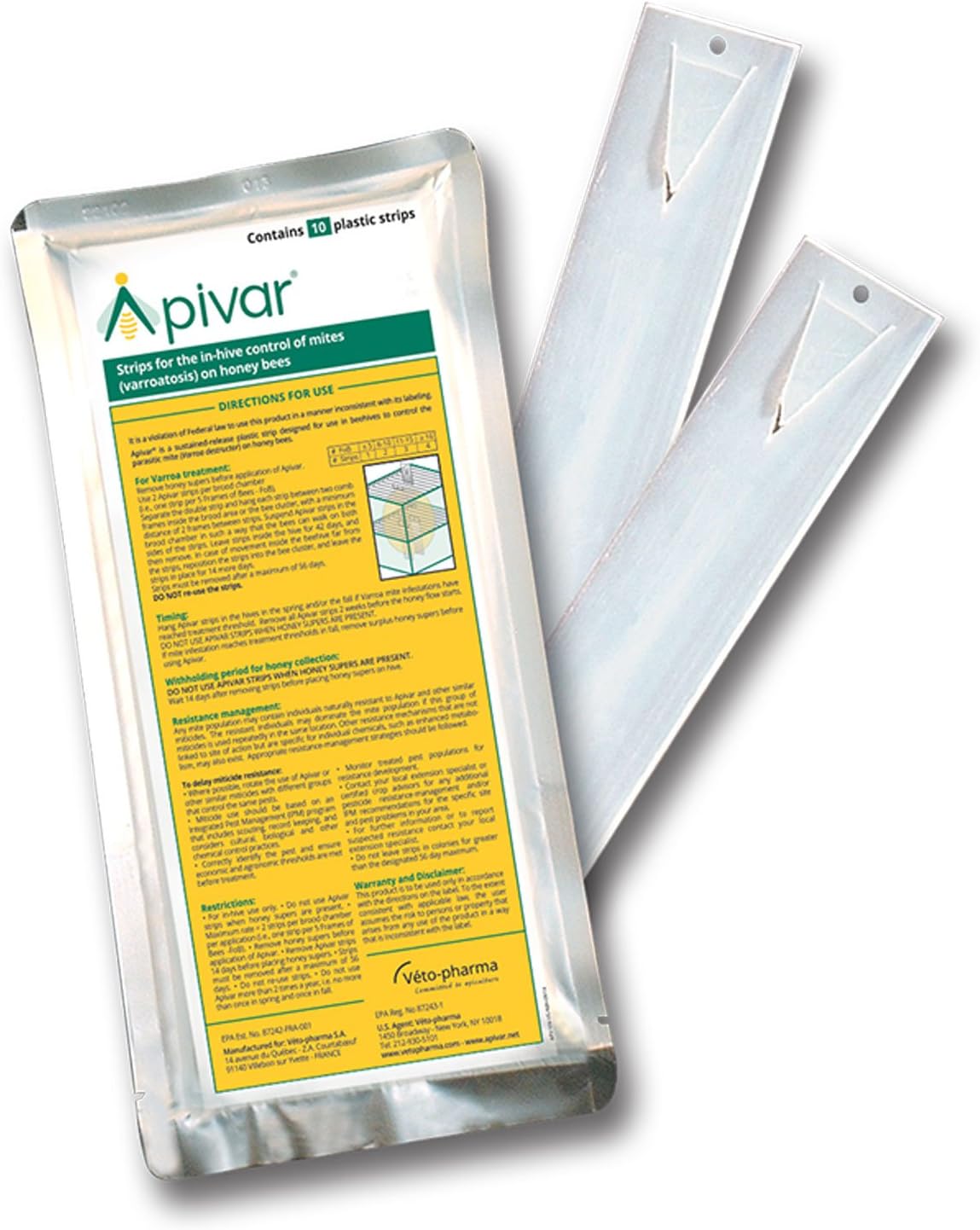 Repeated use of this class of chemical acaricides invariably follows the same pathway – resistance emerges and then the products stop working. Hence it is best to use this family of treatments, together with other treatments in a rotational integrated pest management strategy.

Formic acid is used by some. I have worked with this – it is an extremely toxic chemical and can cause a lot of damage if you do not get it quite right. My personal advice is to not use formic acid. The long-term effects this chemical can have on you are quite disturbing.  Many people will tell you that it is a natural product, and is therefore safe – a rock falling off a cliff is also natural but tends to damage your brain if it hits you.

Oxalic acid is an effective treatment for killing varroa mites in bees. It is best used during periods of low or no brood rearing, in fall or early spring. Typically, the method I have used makes use of a small vaporizer. I would recommend this video as a nice intro on how to use the product. 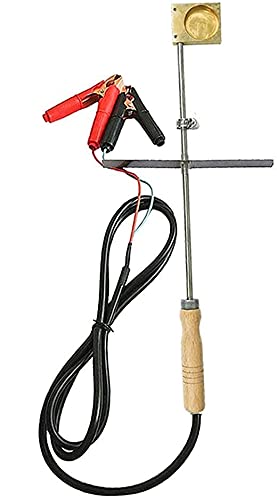 If you wish to try using essential oils such as Thymol, I would recommend starting with a product such as Apigard. As you get the hang of these products, you can maybe try your own formulations. Generally, a company which has developed a product tends to make it work correctly, so a lot of the homemade alternatives open you up to some more risk if you make a mistake. 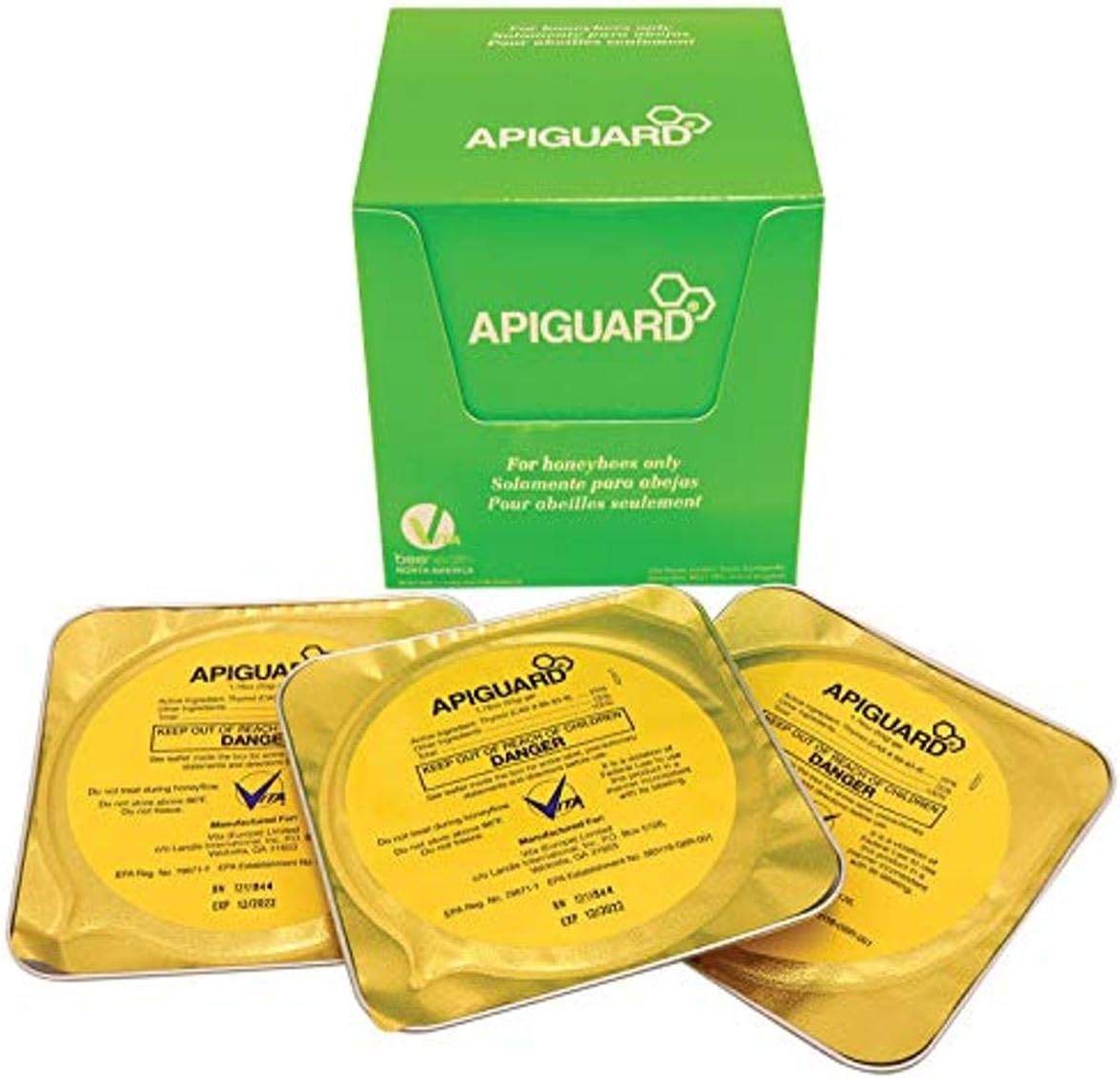 In more recent years, a few products have started looking at other novel treatments. I particularly love this one that uses extracts from our second favorite plant, hops. Hopguard looks like a promising new tool in our arsenal to kill varroa mites.

I hope you enjoyed this brief overview of how to deal with mites. Share if you enjoyed it.

Read more about: How To Get Rid Of Wax Moths In Beehives